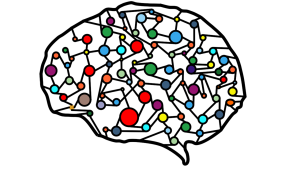 Paul Roetzer couldn’t stop watching. It was 2011 and Watson, a then-new IBM supercomputer, faced off against 74-time “Jeopardy!” champion Ken Jennings and the show’s all-time money leader, Brad Rutter. Watson, a question-answering artificial intelligence system, would buzz in within a second of host Alex Trebek asking a question, giving what the AI determined to be the most probable answer. By the end of the game, Watson had dominated the show’s all-time greats by more than $50,000.

By late 2016, Roetzer had become so obsessed by AI’s potential in marketing that he founded the Marketing Artificial Intelligence Institute, a group with the mission of making AI approachable and actionable for modern marketers. Roetzer still runs his company, PR 20/20, but he says that his AI group now takes nearly all his time. He badly wants to figure out how organizations can pilot and scale AI tools to increase efficiency and reduce costs.

So far, he has nearly the entire marketing industry to work with.

“The vast majority of the industry is at what I consider the pilot phase,” he says. “Most are trying to understand what AI is, then how to apply it.”

A 2018 report by Boston Consulting Group and MIT Sloan Management Review—titled “Artificial Intelligence in Business Gets Real”—finds that only 18% of companies are “pioneers,” or organizations that understand and have adopted AI. A third of companies (33%) are “investigators” that are in the pilot stage and know a bit about AI, while 16% are “experimenters” that are piloting AI without fully understanding it—they hope to learn about AI as they use it. The rest (34%) are “passives,” or organizations that haven’t adopted and barely understand AI.

Over the past few years, many marketers have marveled at AI and wondered the same thing Roetzer did after watching Watson dominate its fleshy opponents: How does that work? As 2019 begins, marketers can move beyond passivity and into being AI pioneers.

Like Roetzer, Robert Redmond watched “Jeopardy!” in awe as Watson dominated the show’s legends. Redmond, a self-described sci-fi geek, had been hearing about AI since he was a young boy, but the AI’s game-show performance was a glimpse at the technology’s capabilities.

At the time, Redmond was working as a creative director of teamDigital Productions; by 2016, he worked at IBM with Watson Advertising as creative and strategy director. Redmond is tasked with figuring out how Watson can help brands have unique, AI-driven chats with their customers.

When Redmond first learned that he’d be working with Watson, he says that he knew close to nothing about how AI worked, especially from an engineering perspective. Redmond calls the six months leading up to working with Watson his “baptism” into AI—he was already an AI convert, he says, but he still had to fight to understand what was possible with the technology.

“I read a lot and I asked more questions than most would probably be comfortable answering,” he says. “There was a lot of ‘Can we do that?’ And the learning came by understanding the implications on the back side of those questions.”

Marketers—most of whom likely don’t fully understand AI, let alone its true potential in business—should also be asking a lot of questions. Redmond believes that businesses should learn by digging into possibilities and seeing what AI tools are available on the market. Both he and Roetzer have encountered some companies that use AI-based software without realizing it—this is likely the case for many companies searching for their first piece of AI-based software.

For marketers eager to learn about AI, Roetzer suggests reading Human + Machine: Reimagining Work in the Age of AI by Paul Daugherty and H. James Wilson and Prediction Machines: The Simple Economics of Artificial Intelligence​ by Ajay Agrawal, Joshua Gans and Avi Goldfarb. “Most of the really valuable AI education has nothing to do with marketing or sales,” Roetzer says. Even so, books like these can give marketers a window into AI and its business potential.

Marketers should learn how their competition is using AI. They should also ask vendors pointed questions about the AI software they’re selling. “A lot of tech vendors are slapping ‘machine learning’ and ‘AI’ on their branding,” Roetzer says. “A lot of times, they don’t even know what that means. The sales and marketing teams can’t explain how their products use AI. They’re just told by the engineers that it’s AI.”

Marketers can also play with online AI demos to get an idea of how AI-driven tools work. Google has many educational tools on its AI landing page, Roetzer says, as does IBM’s Watson. One Watson tool—Personality Insights—allows users to log into their Twitter account and receive a personality analysis based on their tweets.

“There are a lot of resources out there, and you can connect the dots pretty quickly if you just consume the right resources and understand the ways you might be able to apply it in your business,” Roetzer says.’

Companies without AI experience will likely have a steep learning curve, Redmond says. “There’s definitively going to be a training period, a modeling period, and probably a fail period if you’re stepping into a scenario where you are really starting from scratch,” he says. “It’s a difficult transition.”

Redmond and Roetzer both say that this difficult transition will make early, easy wins essential. One potential easy win, Redmond says, is using AI-based programmatic advertising tools to bid on media buys. Another he suggests is natural-language processing tools that can quickly judge the tone and intent of business communications, such as emails, memos or marketing materials. “You can discover new ways or new features that might be important that you didn’t realize or pressure points that may be bigger than you’ve been admitting,” he says. “You uncover the insights, and you can act upon them.”

The simplest way to find easy wins, Roetzer says, is to make a list of all the tasks in the business—from quick to time-consuming—and measure how much time employees spend on each task, as well as how much money the company spends on software or outside services for each. Then, marketers can rate each task from one to five based on how much value AI could bring. A one would mean little to no value, a five would mean a good AI solution would be transformative. Listing, measuring and rating may sound arduous, but Roetzer says that the process will give marketers an idea of AI’s potential value in cutting down time and costs.

“If you’re the director of marketing, and you’re trying to get buy-in to try this, you can go and say, ‘Hey, I went through an analysis. Here’re the five use cases where I think we create the most value,’” Roetzer says.

The C-Suite Must Buy in, Time Must Be Given

Redmond normally works with companies that have a mandate from the top to adopt AI, now. The chief technology and chief information officers with whom he tends to work are focused on a problem at a high level and want to solve it with AI; that desire spreads through the rest of the organization.

But not every marketing manager will be so lucky. Roetzer says that even marketers who get the C-suite to buy into AI software often have executives quit on their AI project before it can prove its efficacy. AI systems, especially at small or midsize companies, sharpen over time and often need months to learn—it’s hard work to get AI right, it likely won’t work right away and it may even fail during the first pilot. If a CMO adopts an AI-powered media-buying tool, for example, and it doesn’t show lift three months and $20,000 into adoption, many executives will scrap the idea of AI altogether, convinced it doesn’t work.

“It’s a hard thing to explain to the C-suite if they’re not the ones driving it,” Roetzer says. “Even at the pilot stage, there needs to be buy-in at the top level. [They need to know] that this is going to be an ongoing experiment, and it’s going to transform everything we do. But we have to have the right investment and the right patience to see it through.”

Organizations must understand from the start that AI is not a magic switch, Roetzer says. Companies can’t just expect to adopt AI and—poof!—solve all their problems. Adopting AI is a lot of work and requires a lot of data to train its models; it takes a lot of strategy to prioritize what cases are helped by AI and what cases should be left for another day. “Some people may give up too easily,” he says.

Although Roetzer knows that it may sound as though he’s trying to scare people away or downplay AI’s potential, he believes that marketers who properly adopt AI will be given “superpowers.” “It’s going to fundamentally change the way we do marketing,” he says.